Seatings are Reservation Only.

Pre-Order & Pay below. Please give us one hour to prep, cook, pack for your collection. Collect from Macondo on FRI 5-7pm and SAT 11am-1pm, 5-7pm. Sorry but no delivery & no cash.  Pre-order and pay online here Macondo Takeaway 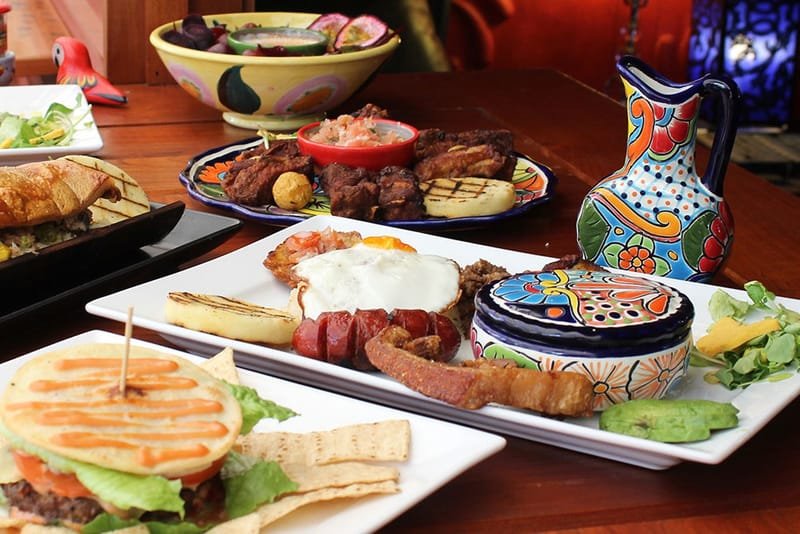 What is Colombian traditional cuisine?  Colombian cuisine is influenced by its diverse fauna and flora as well as the cultural traditions of the many ethnic groups including the continuing 87 Indigenous Colombian peoples, the 11% African Colombians, the majority Spanish or Mestizo Colombians and the nearly 1 million Middle Eastern Colombians. Colombian cuisine is a compound of the culinary traditions of the six main regions within the country: Pacific, Amazonian, Andean, Orinoco, Caribbean and Insular. After Brazil, Colombia has the second-highest biodiversity in the world, so it has one of the widest varieties of available food ingredients. As one former President of Colombia famously said, “Biodiversity is to Colombia what oil is to the Middle East.”
What is an AREPA? The arepa is a flat, round, unleavened patty of soaked, ground kernels of maize, maize meal or maize flour that can be grilled, baked, fried, boiled or steamed. It is made with water and salt, and other ingredients can be added. The arepa is a pre-Columbian dish from what is now Colombia and Venezuela. Common archeological finds in the region locate maize grinding tools and clay cooking slabs, indicating that in Colombia, the first record of the use of corn dates from 3,000 years ago, and in Venezuela about 2,800 years ago. Throughout its history, the arepa has remained unchanged from the arepas that pre-Columbian native peoples would have consumed, making the arepa one of the few pre-contact traditions that have remained integral in the years since colonization. The arepa is an iconic food in Colombia, with some 75 distinct forms of preparation. According to a study conducted by the Colombian Academy of Gastronomy, "The arepa is part of our cultural heritage and can be considered a symbol of national gastronomic unity.”
What is an EMPANADA? An empanada is a baked or fried pasty, consisting of pastry and filling, in Latin American and Filipino cultures. The name comes from the Spanish verb empanar, and literally translates as "enbreaded", that is, wrapped or coated in bread. Empanadas are made by folding dough over a stuffing, which may consist of meat, cheese, corn, or other ingredients. Colombian empanadas are made of maize flour & are fried, whereas Chilean empanadas are made from wheat flour and are baked.
What is PLANTAIN?  Plantains are Musa or green, cooking bananas. Cooking bananas are a major food staple and source of starch across the Equatorial zones of the world including West and Central Africa, the Caribbean islands, Central America, and northern, coastal parts of South America. In Colombia, fresh green plantains are peeled, cut, squashed and fried into patacones, and when mature, they are baked into a common dessert called platano maduro. The leaves are also used as the wrapping for tamales.
What is YUCA?  Yuca (not Yucca) is a root crop. Yuca is Manihot esculenta, and in some countries, it is called cassava, manioc, macaxeira, mandioca or aipim - a woody shrub native to South America of the spurge family, Euphorbiaceae. Although a perennial plant, cassava is extensively cultivated as an annual crop in tropical and subtropical regions for its edible starchy tuberous root. Cassava is the third-largest source of food carbohydrates in the tropics, after rice and maize, providing a basic diet for nearly one billion people. It is one of the most drought-tolerant crops, and so, is grown in the Northern Territory of Australia. In Colombia, it is peeled, boiled, then deep-fried into delicious strips of starchy chips.
What is PAPA CRIOLLA?   The papa criolla or indigenous potato, Solanum phureja, is an Andean small potato which is gold inside and out. It is deep-fried and returns a smooth, warm flavour. Potatoes come from South America and were domesticated 10,000 years ago. The Spanish introduced potatoes to Europe in the 16th century. After maize, wheat and rice, potato is the world’s fourth largest food crop. Of the more than 1000 varieties of potato worldwide, many varieties are high-altitude, and papa criolla is one of those.
What is Colombian gastronomy?    Classic Colombian, or indeed, Latino gastronomy generally means big breakfasts and lunches, then small suppers before bed. Sunday lunch is family time, as it commences mid-afternoon and isn’t rushed with time for conversation and catching up on the week. There are no gastronomic rules, so soup, salad, meat, fish, vegies, fresh fruit juices, coffee, bread, salty or sweet desserts commonly occur together in one sitting. Traditionally, Colombian cuisine is not spicy, and salt is the basic foundation condiment. Colombian gastronomic demands are met with enormous innovation and the modern meets traditional in contemporary Colombian gastronomy. As a gastronome, if you are seeking a different and exciting cuisine, you will feel at home here in Macondo.

Just 10 minutes from Brisbane Central, Macondo serves stylish single-origin & blend Colombian coffee and a vast array of incredible Latin Fusion dishes! Sit & while away the hours by the waterfall in our secret garden. We invite you into the magical world of Macondo!
Our Spanish speaking wait and cook staff are trained in the arts of service and cuisine. They are keen to make your experience the best.
Your hosts, Jaime and Mimi, decided to do something different alongside their transport company, and opened Macondo Café in January 2017. They wanted to share their love of Colombia and Latin America, its culinary and artistic culture, with the rest of the world. Jaime and Mimi warmly welcome you to exceptional service, a great atmosphere, and Latin Fusion culinary delights. 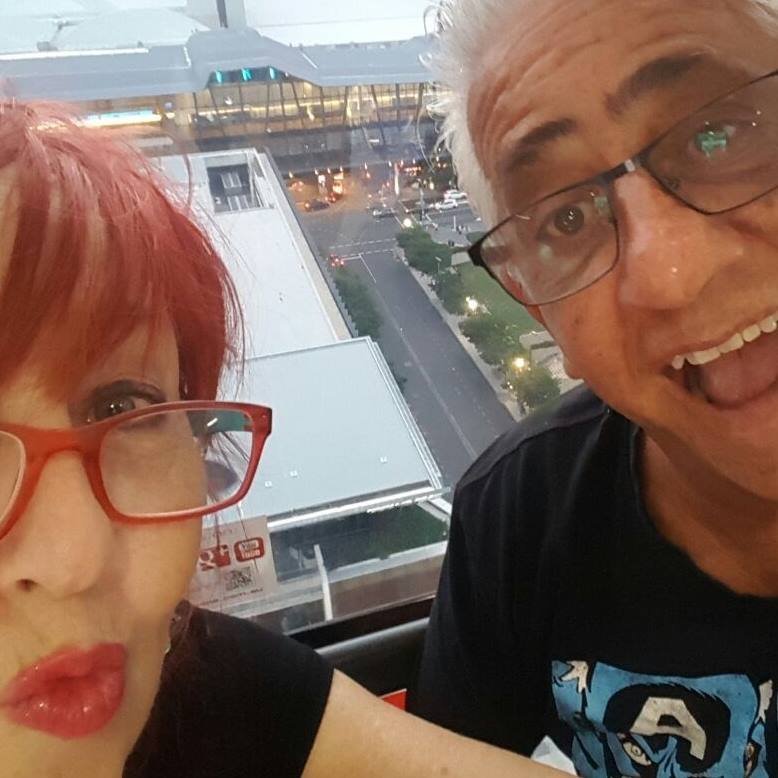