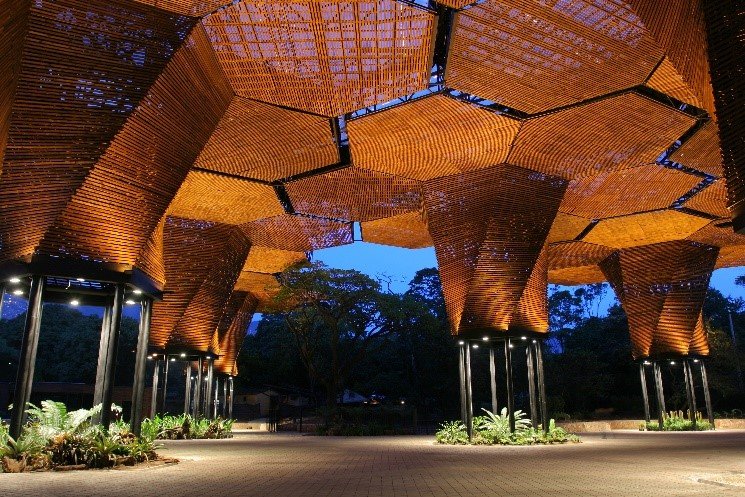 Medellín is the second-largest city in Colombia and the capital of the department of Antioquia. It is located in the Aburrá Valley, a central region of the Andes Mountains in South America.

In 1616 the Spaniard Francisco Herrera Campuzano erected a small indigenous village ("poblado") known as "Saint Lawrence of Aburrá" (San Lorenzo de Aburrá), located in the present-day El Poblado commune. On 2 November 1675, the queen consort Mariana of Austria founded the "Town of Our Lady of Candelaria of Medellín" (Villa de Nuestra Señora de la Candelaria de Medellín) in the Aná region, which today corresponds to the center of the city (east-central zone) and first describes the region as "Medellín". In 1826, the city was named the capital of the Department of Antioquia by the National Congress of the nascent Republic of Gran Colombia, comprised by present-day Colombia, Venezuela, Ecuador and Panama. During the 19th century, Medellín was a dynamic commercial center, first exporting gold, then producing and exporting coffee.

Medellín is important to the region for its universities, academies, commerce, industry, science, health services, flower-growing and festivals. In 2013, Medellín won the Verónica Rudge Urbanism Award conferred by Harvard University to the Urban Development Enterprise.