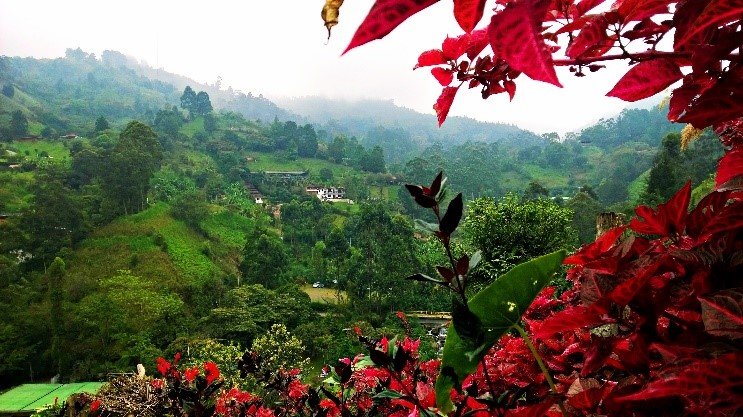 Colombia is famous for its smooth coffee and it is the third largest coffee growing country in the world.

The Colombian coffee Region (Spanish: Eje Cafetero), also known as the Coffee Triangle (Spanish: Triángulo del Café) is a part of the Colombian Paisa region in the rural area of Colombia, famous for growing and production of a majority of Colombian coffee, considered by many to be the best coffee in the world. There are three departments in the area: Caldas, Quindío and Risaralda. The most visited cities are Manizales, Armenia and Pereira.

Coffee trees were first planted in 1790 so the country has a long history of coffee production. The first coffee crops were planted in the eastern part of the country. In 1808 the first commercial production was registered with 100 green coffee bags (60 kg each) that were exported from the port of Cucuta, near the border with Venezuela. A priest named Francisco Romero is attributed to have been very influential in the propagation of the crop in the northeast region of the country. After hearing the confession of the parishioners of the town of Salazar de la Palmas, he required as penance the cultivation of coffee.

Colombia is famous for its smooth coffee and it is the third largest coffee growing country in the world. The prized bean is classically grown in the UNESCO World Heritage Area, Zona Cafetera or Coffee Zone, where the trees are grown using the rustic system of shade canopy of trees to protect the local ecosystem. Growers use polycultures of multiple plant species growing alongside (bananas, papaya), giving special flavours to the bean.