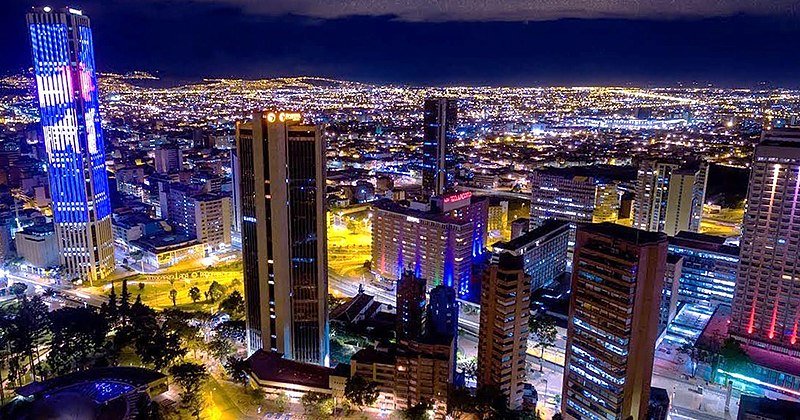 On the Plains of Bacata

Bogota is the capital of Colombia and currently has 10 million residents.

Bogotá, abbreviated Bogotá, D.C. is the capital and largest city of Colombia administered as the Capital District, although often thought of as part of Cundinamarca. Bogotá is a territorial entity of the first order, with the same administrative status as the departments of Colombia. It is the political, economic, administrative, industrial, artistic, cultural, and sports centre of the country.

Bogotá was founded as the capital of the New Kingdom of Granada on August 6, 1538, by Spanish conquistador Gonzalo Jiménez de Quesada after a harsh expedition into the Andes conquering the Muisca. The Muisca were the indigenous inhabitants of the region and called the settlement where Bogotá was founded Bacatá.   After the Battle of Boyacá on August 7, 1819, Bogotá became the capital of the independent nation of Gran Colombia. Since the Viceroyalty of New Granada's independence from the Spanish Empire and during the formation of present-day Colombia, Bogotá remained the capital of this territory.

The city is located in the centre of Colombia, on a high plateau known as the Bogotá savanna, part of the Altiplano Cundiboyacense located in the Eastern Cordillera of the Andes. It is the third-highest capital in South America at an average of 2,640 above sea level. Bogotá has an area of 1,587 square kilometres and a relatively cool climate that is constant through the year. Its current population is 10 million.