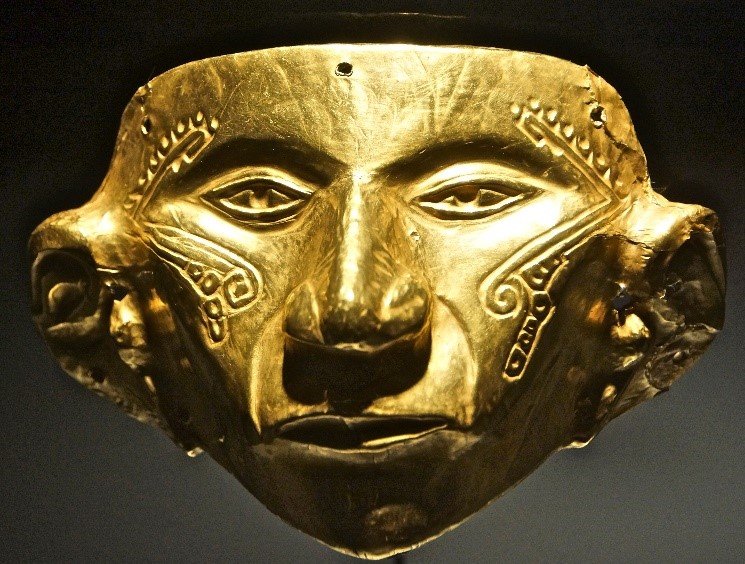 The Museum of Gold or El Museo del Oro is a museum located in Bogotá, Colombia. It is one of the most visited touristic highlights in the country. The museum receives around 500,000 tourists per year.

The museum displays a selection of pre-Columbian gold and other metal alloys, such as Tumbaga, and contains the largest collection of gold artefacts in the world in its exhibition rooms on the second and third floors. Together with pottery, stone, shell, wood and textile objects, these items, made of – to indigenous cultures – a sacred metal, testify to the life and thought of the different societies which lived in present-day Colombia before the Spanish conquest of the Americas.

In 1934, the Bank of the Republic began helping to protect the archaeological patrimony of Colombia. The museum houses the famous Muisca golden raft found in Pasca in 1969, that represents the ceremony of the new zipa (ruler) of Bacatá, the basis for the El Dorado myth. The heir to the chieftaincy assumed power with a great offering to the gods. In this representation he is seen standing at the centre of a raft, surrounded by the principal chieftains, all of them adorned with gold and feathers. The exposition continues on the third floor, with "The Flying Chamanic" and "The Offering."

At the end of the exposition, there is a "Profunditation Room" with artistic videos about the most important gold pieces of the museum.