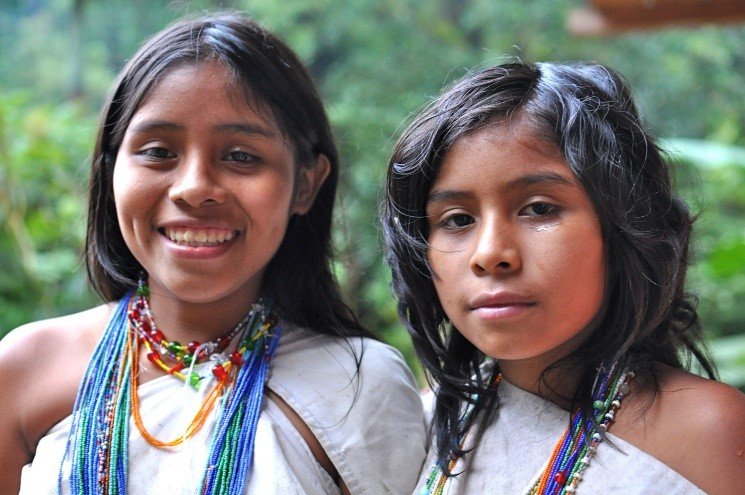 Ciudad Perdida (Spanish for "Lost City") is the archaeological site of an ancient city in Colombia's Sierra Nevada.

Ciudad Perdida is believed to have been founded about 800 CE, some 650 years earlier than Machu Picchu. This location is also known as Teyuna and Buritaca.

Ciudad Perdida was “discovered” in 1972, when local treasure looters found a series of stone steps rising up the mountainside and followed them to an abandoned city. When gold figurines and ceramic urns from this city began to appear in the local black market, archaeologists headed by the director of the Instituto Colombiano de Antropologia reached the site in 1976 and completed reconstruction between 1976-1982.

Members of local tribes—the Arhuaco, the Koguis and the Wiwas—have stated that they visited the site regularly before it was widely discovered, but had kept quiet about it. They call the city Teyuna and believe it was the heart of a network of villages inhabited by their forebears, the Tairona. Ciudad Perdida was probably the region's political and manufacturing centre on the Buritaca River and may have housed 2,000 to 8,000 people. It was apparently abandoned during the Spanish conquest.

Ciudad Perdida consists of a series of 169 terraces carved into the mountainside, a net of tiled roads and several small circular plazas. The entrance can only be accessed by a climb up some 1,200 stone steps through dense jungle.