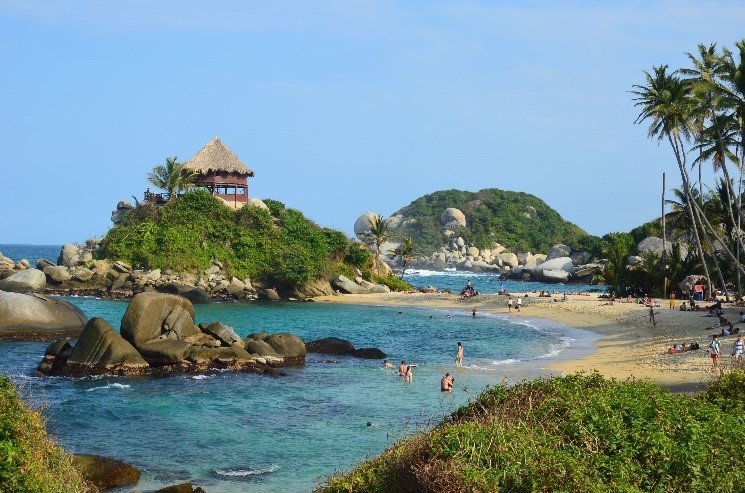 The Tayrona National Natural Park (Spanish: Parque Nacional Natural Tayrona) is a protected area in the Colombian northern Caribbean region and within the jurisdiction of the Department of Magdalena and 34 kilometres from the city of Santa Marta. The park presents a biodiversity endemic to the area of the Sierra Nevada de Santa Marta mountain range presenting a variety of climates (mountain climate) and geography that ranges from arid sea level to 900 meters above sea level. The park covers approximately 30 square kilometres of maritime area in the Caribbean Sea and approximately 150 square kilometres of land.